It’s true. There are some pretty brazen bike thieves out there who’re quite happy to take an angle grinder to a bike lock so they can grab the two-wheeler that caught their eye.
So when San Francisco-based Daniel Idzkowski learned that more than 1.5 million bikes are being stolen each year across the U.S., he wondered if he could come up with a better design for a bike protector.
His solution? The SkunkLock.
As the name may or may not suggest, this particular piece of tech raises a real stink if you try to saw it off.
Currently seeking funding on Indiegogo, the ingenious design comprises a hardened medium-carbon steel U-Lock that Daniel says “comes with a surprise.”
Break, cut, pierce or saw the SkunkLock and you’ll be blasted with a “disgusting” noxious chemical deterrent.

Daniel claims the odor is so vile it can make you barf, but returning to a vomit-spattered bike should be a small price to pay if it means it’ll survive the attention of a thief. 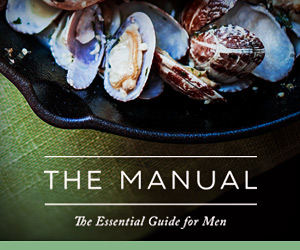 In most cases, the would-be thief, shocked by the nastiness of the smell and the attention the chaotic scene is certain to grab, is likely to run off, Daniel says on SkunkLock’s Inidiegogo page.
In any case, the hope is that the lock’s name and color scheme – black and white like a skunk – would be enough to deter the thief from from firing up their angle grinder in the first place.

If you’re worried about the stink leaking out during normal use, don’t be. “The noxious, vomit-inducing chemicals are confined and permanently sealed within a secure hollow chamber throughout the lock,” Daniel says. “The only way you may expose the chemicals is by trying to cut through it with an angle grinder.
No, SkunkLock doesn’t guarantee your bike won’t ever get stolen, but it should cause a real scene if someone does try to nab it, which will hopefully be enough to scare them off.
A super early bird pledge of $99 will get you your own SkunkLock, with delivery estimated for June 2017.

How to Pick a Front Door

How To Get Rid Of Sexually Transmitted Infections (STI) Naturally

HOW TO GET HEALTHY SKIN : TOP TEN TIPS THAT WILL BLOW YOUR MIND AWAY

Top dating tips for women (by a man)

High Blood Pressure May Add Years to Your Brain

A poor night’s sleep DOES make you forgetful: If you get less than five hours you suffer bad temper and memory loss

Working mothers ‘have FATTER children’:Rise in obesity is blamed on women going out to...

Tips to Bring Back Love & Romance into Your Life